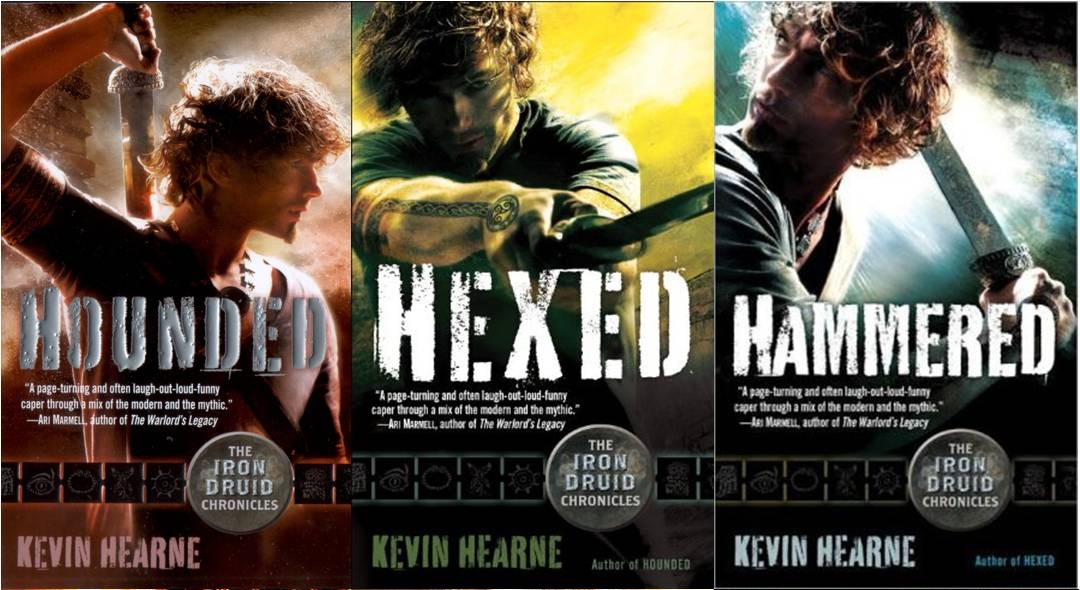 The following review comes to the Charlotte Geeks courtesy of SF/F author Terry Ervin. Published with permission. Contact Terry at terrywervin2 (at) yahoo.com.

Kevin Hearne and Luke Daniels: A Great Pairing for the Iron Druid Chronicles
By Terry Ervin

If you enjoy reading fantasy and haven’t heard of author Kevin Hearne’s Iron Druid Chronicles, you’re missing out and should definitely look into them.

“But,” you say, “I already have a stack of books waiting to be read. I just don’t have enough time to read them, let alone add to the stack.”

There’s an answer to the dilemma: Audiobooks.

Well, there are still a few—very few—audiocassettes knocking around on library shelves. I even have a few on one of my bookshelves that still work. I even have a functioning radio/cassette/CD player. Speaking of CD, many titles are available on CDs and single disk MP3s, but the trend toward digital downloads through places like iTunes and Audible.com is growing, and there isn’t any going back.

The Iron Druid Chronicles are about Siodhachan Ó Suileabháin (SHE ya han oh SULL uh ven) who now goes by the name Atticus O’Sullivan. He’s over two thousand years old and is the last of the druids. Up until the start of the first novel in the series, Hounded, Atticus kept a low profile over the years (really decades and centuries), trying to avoid attention, especially notice of the Celtic god Aenghus Óg who wants the magical sword that Atticus possesses. See, Aenghus Óg believes the druid stole from him centuries ago and wants it back.

Well, the Celtic god has located Atticus in Arizona. Any hope of survival will require all the skill and guile Atticus can muster, along with the help of his Irish wolfhound, and his lawyers, who just happen to be a werewolf and a vampire. Oh, and there’s the Morrigan, the Celtic goddess of death, who sort of favors Atticus—as much as a death goddess can.

The following books in the series chronicle events based on the fallout from Atticus’s confrontation with his nemesis, Aenghus Óg.

While I’ve read four of the novels, I’ve listened to all of the available audiobooks, including two novellas. They’re excellent for drives to and from work, and also for long road trips, such as those required to visit my mother-in-law. My wife and older daughter enjoy the Iron Druid audiobooks too, although my daughter prefers the printed novels—of which she’s read six and is waiting on the seventh.

I like Kevin Hearne’s writing style and his ability to spin an engaging tale that, while having many facets, flows at a quick pace, keeping me turning the pages. The characters are unique and interesting, each with their own story that adds to the main storyline. The action is well-written and the dialogue is top-notch. What else could readers ask for—except maybe for someone to read it to them?

And that’s what Luke Daniels does in excellent fashion. He brings the characters to life, from the old widow Mrs. MacDonagh and Atticus’s Nordic werewolf lawyer Hal Hauk, to the Polish witch Malina and Atticus’s wolfhound, Oberon—my wife’s favorite character.

Luke Daniels’ portrayal of Atticus is spot on target. His narration is clear, with timing and subtle shifts and emphasis that, combined with the story, makes one look forward to another span of time behind the wheel because one gets to listen and find out what happens next. I say ‘one’ instead of ‘me’ as I’ve introduced the audiobook version of the Iron Druid Chronicles to several friends and co-workers, and they’ve remarked as such.

And, with that being said, I hope that I’ve convinced you to check out Kevin Hearne’s series, especially on audio. 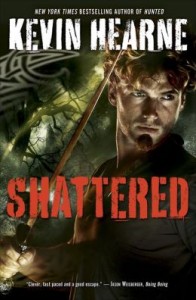 Novels the Series (available in print, ebook and audio)

Novellas in the Series (available in ebook and audio): 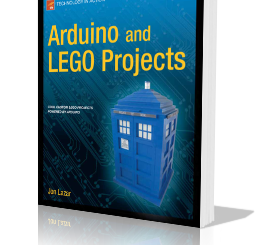 5 Questions with Jon Lazar author of Arduinos and Lego Projects 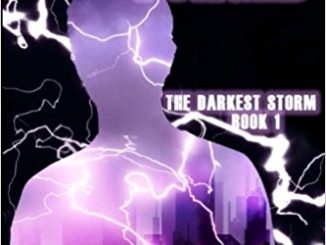 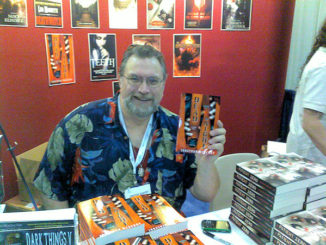 Dead of Night by Jonathan Maberry