J.L. Hilton is the author of the Stellarnet Series published by Carina Press, and a regular contributor to the Contact-Infinite Futures SF/SFR blog. Her jewelry designs are featured in the books Steampunk Style Jewelry and 1000 Steampunk Creations. She was also a guest judge at the 2012 Geek Gala:  Night of the Living Geeks.

I was able to catch up with J.L. recently through the magic of the internet, and she agreed to sit down with me again to answer a few questions on what she’s been up to.

1. J.L., last time I interviewed you, we talked about your jewelry – but you are now also a twice-published author! Tell us a little about the hero(es) of your Stellarnet Series?

Genevieve O’Riordan is an interstellar news blogger who relocates to a remote corporate space colony/dumping grounds for Earth’s unwanted riffraff. When she crosses paths with an alien freedom fighter named Duin, she gets caught up in a conflict that goes a lot further and a lot deeper than she could have imagined. An alien outcast named Belloc becomes a third major character in the series. The relationship between the three earned me a 2012 Galaxy Award for Best Non-Traditional Romance. But there’s a lot more to the story than their feels — it’s also a post-cyberpunk adventure with a bit of socio-political commentary, video games and a lot of cool technology.

2. You had mentioned in a follow-up guest blog that reviewers of your series often praise the “world-building” – what does that mean to you? 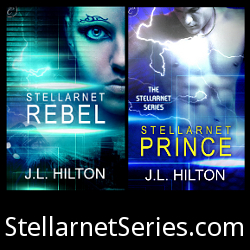 I think the reason reviewers mention “world-building” so much might be because they were expecting straight romance — heavy on the introspection, lust, emotion and happily ever after — light on the science, technology and interstellar war. But in the Stellarnet Series, I created alien races with different biologies, cultures and languages. I tried to extrapolate a plausible near future from current political, social and environmental issues. In my version of 2062, technology has become so embedded in daily life that to be disconnected from the Net is considered a severe punishment that can lead to mental illness, so there’s constant interaction between the characters and the backdrop. And there’s a thriller aspect to the books, in that the heroes are continually uncovering surprising and frightening layers of the greater story going on around them.

3. How do you divvy up your time between writing and jewelry?

I created very little jewelry in 2012 while I focused on writing. This year, I’ve taken a bit of a break from writing to make Browncoat jewelry for Can’t Stop the Serenity — I’m a global sponsor again — and some new spacepunk, steampunk and general geekery for the Escapist Expo in October, where I’ll be in the artist alley. I’m also donating jewelry to the Geek Gala raffle baskets. I homeschool my kids, but we take summers off, so that’s when I plan to devote more time to writing.

4. With two books under your belt, how soon before readers see the third volume in the series?

I would like to say “tomorrow” but the reality is that I’m still working on book three and, unless a miracle occurs over the summer, it probably won’t be available until 2014. I wrote Stellarnet Rebel at my leisure, and the entire process from concept to publication took about 2-1/2 years. Then I wrote the sequel, Stellarnet Prince, under contract and deadline, within a year, and it really kicked my butt. I had to write and research in the evenings, between dinner and bedtime, and on weekends, as well as taking on the new duties of managing my “author brand” and social media, attending conventions and other events, doing interviews and guest blog posts, and all the things related to life as an author. So I pretty much abandoned friends, family, clubs, movies, TV, video games, reading for fun and sometimes sleep. I started suffering a lot of panic attacks and related health problems, so I’m taking my time with the next book and taking care of myself.

5. As you know, the 2013 Geek Gala theme is Alien Invasion. What tips do you have for our readers if Aliens invade us?

Cough on them (a la the 1953 War of the Worlds) or make their heads explode with really bad music (a la Mars Attacks!). If they offer you a book called “To Serve Man,” don’t board their spaceship. Keep your black sunglasses handy, and don’t bother stocking up on chewing gum. 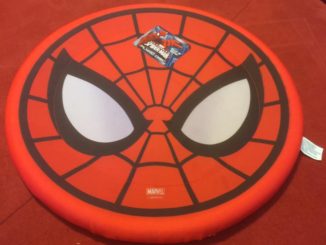 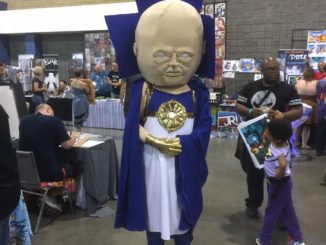 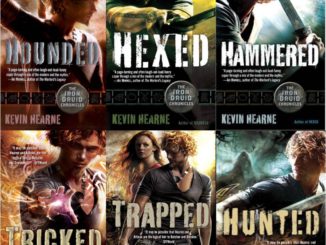