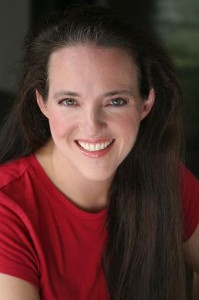 Cheralyn Lambeth is a costume/prop/puppet builder, actress and author.  A returning guest to ConCarolinas, Cheralyn is a proud member of the Carolina Garrison of the 501st Legion, the world’s definitive imperial costuming organization.

She currently lives in Charlotte NC and is putting the finishing touches on her book The Well-Dressed Puppet, scheduled for release by Schiffer Publishing.

I met with Cheralyn over coffee to ask her five questions for ConCarolinas’ Geek Gab section.

Q: What costume project has been the most fun for you?

A:  Personally or professionally?  Professionally, I would have to say working on the big Muppet costumes was a lot of fun.  Especially the Ghost of Christmas Present in The Muppet Christmas Carol.  That character was just so much larger than life – literally.  I have a picture from when we were making it – three people were able to stand inside the pants!

Personally, I would have to say that one of my favorite projects was turning this horse puppet I have in to a thestral from the Harry Potter series.  I had used this huge puppet for things like the Headless Horsemen, and a friend of mine and I were joking about how funy it would be  to turn it in to a thestral.  So I actually did it, and then wore it for a costume contest over at the Carolina Place Mall and won Best Costume!

Q: What is your costume creation routine?

A:  Well, first I have to do my research, including looking at photographs or designer renderings or sketches of what the costume is supposed to look like.  Then I look at the pattern if I have one, or figure out how to make one.  And then picking out and buying the materials.  There’s a lot of work that goes in before the actual construction.  Sometimes you are under a deadline so you just work, work, work.  When I hit a snag, though, sometimes I have to walk away and clear my head so I can figure out how to make it all fit together.

Q:  Who has inspired you?

A:  George Lucas.  Well, George Lucas and Jim Henson. I’ve been making costumes since I was a little girl, but I never really thought of it as a career until after seeing the movie Labyrinth.  When I saw it, I thought – I want to do that. Working for Jim Henson Productions was great.

Q: What other ConCarolinas guest or event (besides your own) are you most looking forward to?

A:  The 501st. ConCarolinas is my chance to hang out with a lot of my friends that I only get to see at events like this.  I’ve been coming to ConCarolinas since the beginning.  I love it.

Q: If the story of your life was to have a theme song, what would it be?

A:  “Movin’ Right Along” from the Muppet Movie.  Kermit and Fozzie sing it as they head for Hollywood to pursue their careers.  Yep, I definitely say that would be my song.

Find out more about Cheralyn Lambeth online at  http://www.myspace.com/Starheel42 or @cherlambeth on Twitter. 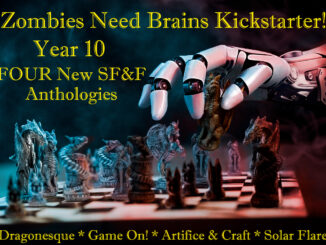 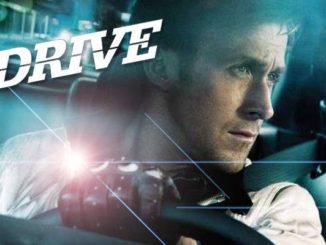 DRIVE yourself to the theater. Now. 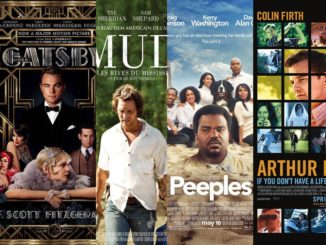